As we approach the 40th anniversary of Channel 4 on 2 November 2022 – an anniversary which is being marked by a two-day conference at BFI Southbank on 23-24 September – it seems timely to look again at the early years of Channel 4 in the 1980s when a remarkably diverse array of drama enriched and enlivened the television schedules. The man charged with bringing much of this drama to the screen was David Rose, Senior Commissioning Editor for Fiction, although it should be noted that the liberal commissioning process at Channel 4 meant that several other commissioning editors were responsible for programmes that could also be categorised as drama.

David Rose was very happy to take on the role of Senior Commissioning Editor for Fiction, rather than Drama, because it was less prescriptive, enabling him to continue with the practice he had been pursuing with BBC English Regions Drama in Birmingham of commissioning single dramas shot on film, on location, in preference to the studio-based single play. Consequently much of his time and financial resources were devoted to the production of feature-length filmed dramas for the flagship Film on Four series, some of which were given a cinema release in addition to their television screening.[1]

While Film on Four (later renamed Film4) has been rightly celebrated, many of the dramas commissioned by David Rose and his colleagues have been forgotten, with the exception of the ground-breaking and long-running Brookside (1982-2003) and a number of high-profile, signature dramas such as G.F. Newman’s The Nation’s Health (1983), The Far Pavilions (1984), A Woman of Substance (1985), A Very British Coup (1988), Traffik (1989) and Alan Bleasdale’s G.B.H. (1991). 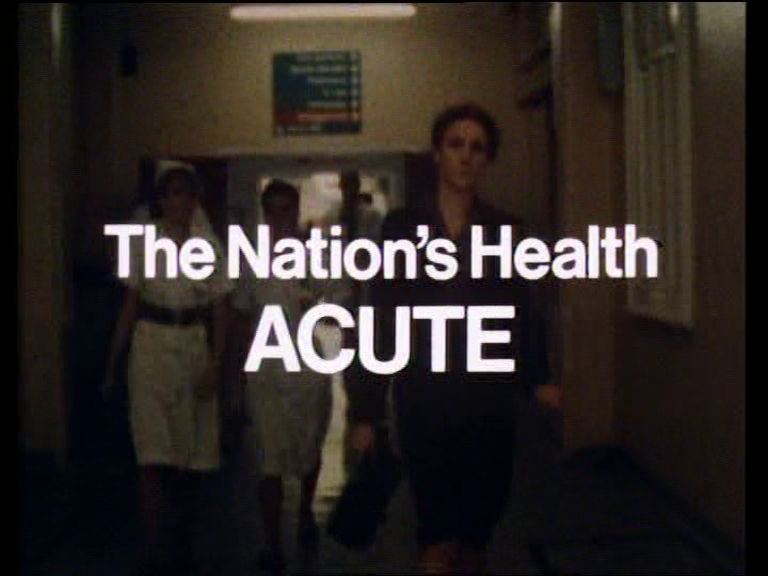 In contrast to these, who now remembers The Magnificent One (1982), a 40-minute drama written and directed by Sandy Johnson featuring Ade Edmundson which was shown in C4’s first week; or What the Dickens! (1983) by Heathcote Williams, featuring Ben Cross as Charles Dickens; or Home Video (1984), a one-hour domestic drama shot in the style of a home video which included Colin Blakely and Patricia Routledge among the cast, directed by Alan Dossor and produced by Susi Hush; or Return to Waterloo (1984), a synthesis of music video and film written and directed by Ray Davies and shot by the award winning cinemaphotographer Roger Deakins; or Zastrozzi (1986), a four-part serial adapted from Percy Bysshe Shelley’s Gothic novel, featuring Mark McGann and Tilda Swinton; or Nobody Here but Us Chickens (1989), a two-hander featuring Jack Shepherd and Daniel Massey, shown in the 4 Play anthology series as one of a trilogy of short plays written and directed by Peter Barnes.

In November 2007 the BFI held a conference to mark Channel 4’s 25th anniversary at which I delivered a paper on the first ten years of C4’s drama, compiling a list of more than 150 plays, series and serials which had been broadcast by C4 in that first decade. The list was comprised of original dramas commissioned by C4 (such as The House, the directorial debut of Mike Figgis, produced by Moving Picture Company, and Anthony Minghella’s three-part series, What If It’s Raining?, produced by Limehouse), dramas produced for C4 by ITV companies (including One Summer by Willy Russell, produced by Yorkshire TV, and Scully by Alan Bleasdale, produced by Granada), several theatre adaptations (including The Life and Adventures of Nicholas Nickleby, Accidental Death of An Anarchist, Cyrano de Bergerac and The Mysteries), anthology series such as First Sight (1987), 4 Play (1989-91), Small Stages (1991) and By Herself (1991), and anthologies of short dramas such as Four Minutes (1986-90), Short and Curlies (1989-98), He-Play and She-Play (both 1990-93). In addition to these there were repeats of ITV drama series and serials (such as The Avengers, Brideshead Revisited, ITV Playhouse, Out and The Prisoner), American imports such as Hill Street Blues (which was to have a significant influence on the style of many subsequent UK dramas), and foreign language imports such as Malu Mulher from Brazil, The Confessions of Felix Krull from Germany, Nana from France and As the Years Pass, As the Days Pass from Poland, precursors of today’s Walter Presents.

This sample gives a flavour of the wide variety of dramas broadcast by C4 in its first ten years, in addition to the celebrated Film and Four.[2] Not only was there a variety of genres: contemporary and period drama, original plays and adaptations, political dramas and comedies, multicultural dramas and experimental dramas, there was also a variety of forms of drama: single plays, series, mini-serials, continuing serials (Brookside), short films and videos; and while there was a preference for shooting on film a significant amount of commissioned drama was produced on video, usually (but not always) using single camera filming techniques, some of it shot on location and some recorded in the studio.

When I spoke to David Rose in 2007, shortly before the Channel 4 at 25 conference, he thought it was an extension of what was going on before, particularly what he had been doing with BBC English Regions Drama in Birmingham. This included commissioning new writers for short-form anthology series: at Birmingham it was Second City Firsts, at Channel 4 it was series such as First Sight, He-Play and She-Play.

Meanwhile Karin Bamborough, who worked with David Rose at C4 from early on and later became a commissioning editor, thought that C4 enabled creative talent to produce drama for television at a time when the opportunities for doing so were contracting: “We did try and preserve a space and an outlet for the talent in drama on television at a particular time when it seemed to be more threatened.”[3] 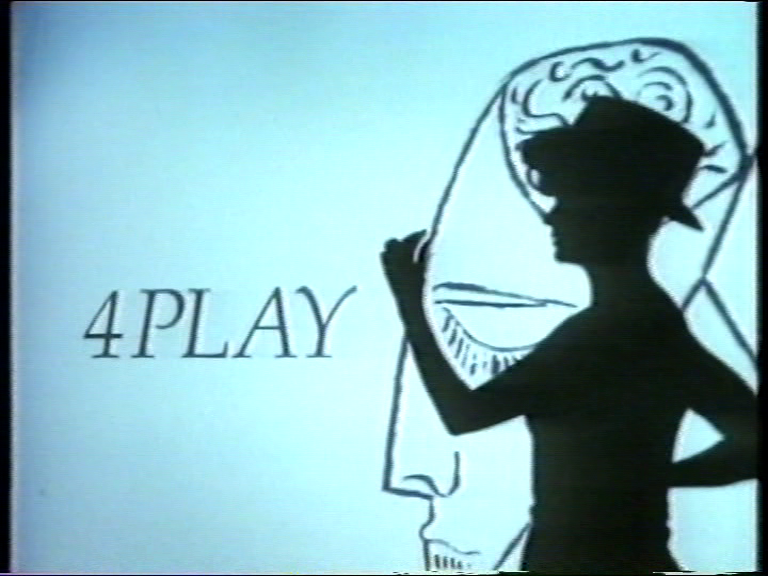 Single play anthology series had largely died out by the mid-1980s and 4 Play was not only an attempt to keep the form alive, it also enabled innovative writers and directors to do something different with single drama shot on video, mostly in the studio but in some cases, such as Daniel Mornin’s In the Border Country (1991), directed by Thaddeus O’Sullivan and featuring Juliet Stevenson, Saskia Reeves, Sean Bean and Dervla Kirwan, with substantial location shooting. 4 Play was an enterprising series and one which has been overlooked in comparison to Film on Four, partly perhaps because the plays were shot on video rather than film.

Several other anthology series were produced in C4’s first ten years: First Sight (1987) comprised six 50-minute plays by new writers, Small Stages (1991) comprised five full-length plays adapted from stage plays, and By Herself (1991) comprised four short plays written, produced and directed by women. A total of 30 short films were made for the He-Play/She-Play series from 1990-93 and 55 short films were shown as part of the Short and Curlies series from 1989-98.

It seems significant now that David Rose left Channel 4 in 1990. Later the same year the 1990 Broadcasting Act introduced changes that led to the deregulation of broadcasting and brought a change to the financing of Channel 4, whereby C4 was required, from 1993, to sell its own advertising, a change that many feared would see a reduction in the channel’s innovative programming because it meant C4 would be required to compete with other companies for advertising revenue, putting a greater emphasis on ratings. This development gradually eroded C4’s original remit, resulting in a tendency not to take risks with new writers and innovative anthology series and to put more money into ‘signature’ drama, by writers such as Alan Bleasdale, Paula Milne and Dennis Potter, which was more likely to attract attention in an increasingly crowded broadcasting environment. Quality drama continued to be produced at C4 but there was less diversity in the drama output than there had been in the early days.

40 years later, and with much of Channel 4’s early drama now forgotten, it may be time to reassess what David Rose and others achieved in those early years, to rediscover plays, series and serials which have now become part of the forgotten history of British television drama.

(With thanks to David Rose, Karin Bamborough and Peter Ansorge)

I recall Derek Jarman dismiss Channel 4 as being for the ‘slightly adventurous commuter’ (or something similar), which airily negates what was being attempted in these early years (which also funded some of his work). Your accurate summary reminds us of what the other three channels were not largely doing, and what Channel 4 Mk. I was.

[…] I wrote a short article on ‘Channel 4 Drama – The Early Years’ for this blog in September 2022 I began revising the list, adding the names of Commissioning […]